Small Business 2020 - What do you really think about your business?

Overdue or unpaid invoices keep entrepreneurs awake at night, along with the search for new customers.

Complete the form to get your free eBook.

Cashflow is the joint biggest area of concern for just over 400 surveyed small business owners, according to Bottomline Technologies’ own research.

Getting money in from unpaid invoices is, along with finding and retaining customers, the joint-most pressing worry for SMBs.

Other worries include lack of investment, staying innovative, too many overheads, not enough resources and motivating staff. One in five entrepreneurs complained of being permanently tired with the stress of running a small business.

Astonishingly, given the complexity and time spent chasing unpaid invoices, just a quarter of small businesses (26 per cent) use no accounting software at all. And nearly one third (30 per cent) of businesses still use standard spreadsheets instead of the raft of accounting software packages available. Of these, QuickBooks is the most popular (14 per cent), followed by Xero (9 per cent) and Sage (7 per cent).

Cash-strapped SMBs, which spend an hour-and-a-half each day chasing late payments, mostly use bank borrowing for cashflow instead of growing their businesses, according to the Federation of Small Businesses.

Over two thirds of SMBs say acquiring new customers is their top concern, followed by the cost of doing business (52 per cent) and developing an online presence (49 per cent).

Bottomline surveyed 430 small businesses between December 2019 and February 2020. Two thirds of respondents were self-employed, and 103 respondents ran micro-businesses with fewer than 10 employees.

59% of respondents described themselves as start-ups with 13% saying that they were “stressed”. Just 1 in 10 called themselves profitable and growing.

What do you need to consider to avoid late payments?

In the current economic climate, the importance of the role played by AR teams in managing cashflow (by collecting outstanding sales) cannot be underestimated. Read the full guide to learn more. 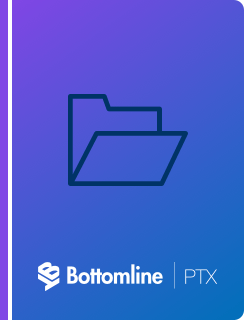 Checklist for Accounts Receivable professionals during a crisis

Understand late payment motivations and get your money earlier

Recent research by Bottomline into the thorny area of late payments shows that 92% of financial decision-makers admit to having paid suppliers late. Sadly, it is not a new trend. If you understand more about the reasons why payments are often late, then you can adopt some effective strategies to help stamp out unnecessary late payments.

Show me the money: a guide to getting paid

Until you receive money from a sale then you are at risk of late or non-payment, making it tough for you to manage cash flow. Read our guide to learn more about getting paid and finding the best payment method for you and your customers.

Get paid while you sleep with Direct Debit. The UK's most popular and trusted method of paying bills, with 80% of households having at least one Direct Debit in place.

Want to learn more about PTX?

Give us a call.

Our payment experts are here to help.

Chat with one of our payment experts. We'll recommend the right solution for you.

See how we can drive your business forward.

Give us a call.

See how we can drive your business forward.